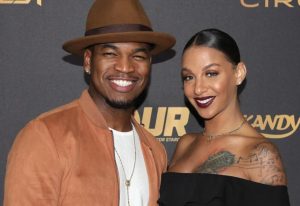 Ne-Yo’s wife, Crystal Renay Smith, is putting an end to their marriage.

Smith filed for divorce from R&B singer/songwriter Ne-Yo, born Shaffer Smith, earlier this week saying their marriage is broken with no hope for reconciliation.

Crystal listed the date of their separation as “on or about July 22, 2022” in the filing and claimed they’ve “continuously lived in a bona fide state of separation.” Adding, they are “irretrievably broken with no hope for reconciliation.”

Smith also noted while her and the “Sexy Love” singer were together, he fathered a child with another woman, and “committed the act of adultery.”

A few days before the filing went public, Crystal shared an emotional message on social media airing out the 3x GRAMMY winner.

She accused the 42-year-old of cheating on her with “numerous women who sell their bodies to him unprotected,” asking the public to stop sending her videos and information about his alleged cheating, declaring his actions are “no longer my concern.”

Ne-Yo responded on social media shortly after asking the public to respect their privacy while they handle things offline for the sake of their children.

“For the sake of our children, my family and I will work through our challenges behind closed doors. Personal matters are not meant to be addressed and dissected in public forums. I simply ask that you please respect me and my family’s privacy at this time.”

The news comes just a few months after the couple renewed their vows in Las Vegas in April. Crystal, 36, is asking for primary physical custody of their three kids, joint legal custody, child support and alimony.  Renay-Smith previously filed for divorce in 2020 but ended up withdrawing her petition.

The post Ne-Yo’s Soon-To-Be Ex Wife Accuses Singer of Having A Baby With Another Woman appeared first on The Source.