Napoleon of the Outlawz Says 2Pac Turned Down Michael Jackson Collab Because the King of Pop... 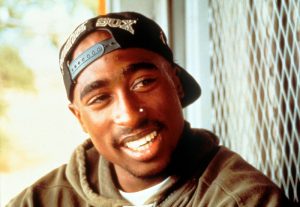 A couple of weeks back, a story was unearthed that stated Michael Jackson denied a 2Pac collaboration due to liking The Notorious B.I.G. But that was shut down by Danny Boy of Death Row Records.

In a new story, 2Pac reportedly denied a song with The King of Pop due to Jackson not being presented for the studio session.

Napoleon of The Outlawz spoke with Cam Capone News and revealed Pac and MJ were set to work together. 2Pac was allegedly excited about the single and told his family, but Michael Jackson wasn’t present when he got to the studio.

“They said, ‘Oh he can’t come. They want you to lay the verse,'” Napoleon recalled. “He got up and left. And that’s Michael Jackson. He wasn’t man enough to come say hi to me and speak to me? I don’t want to get on his song.'”

He added, “He walked out on the opportunity because he was more about ethics and morals. Like we look up to you. ‘If you want me to be on the song, at least say hi to me.’ I don’t think ‘Pac was just doing stuff for money.”

You can hear it from Napoleon below.

The post Napoleon of the Outlawz Says 2Pac Turned Down Michael Jackson Collab Because the King of Pop Didn’t Show Up at the Studio Session appeared first on The Source.