Drake’s ‘Honestly, Nevermind’ Makes Him Fifth Artist With More Than 10 No. 1 Albums 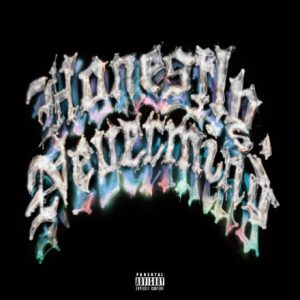 If you like Drake’s Honestly, Nevermind or not, there is no denying The Boy. The first full Dance album from drake will debut on top of the Billboard 200.

According to Billboard, Honestly, Nevermind debuts with 204,00 album-equivalent units in the first week. The debut makes Drake the fifth act with more than 10 No. 1 albums. He trails The Beatles (19), JAY-Z (14), Bruce Springsteen (11), and Barbra Streisand (11).

Honestly, Nevermind has 250,23 million on-demand official streams with 11,000 album sales and TEA units of 2,000. The album has the fourth-largest streaming week for an album in 2022. The highest-streamed single on the album is “Jimmy Cooks,” featuring 21 Savage.

Drake’s new Dance album Honestly, Nevermind was released last weekend and has been quite polarizing. Some people love it, while the other side of the spectrum appears to be confused as to why Drake made it. Then there are some, like Drake himself, who argue those who don’t like it just don’t get it. You can find J. Cole on the support side.

Cole hit Instagram and shared a screenshot of the song “Liability” and revealed “Man. This album is phenomenal. Point blank.”

Last month, Drake and J. Cole put fans on alert as they were spotted filming a music video together. Videos leaked online showing Drizzy creating a new music video, on the set was Cole, but some fans questioned if he is just a guest.

Last year, J. Cole jacked Drake’s “Pipe Down” for a single called “Heaven’s EP,” which you can hear below.

The post Drake’s ‘Honestly, Nevermind’ Makes Him Fifth Artist With More Than 10 No. 1 Albums appeared first on The Source.