Chris Brown Leaves the Door Cracked for VERZUZ: “We Might Figure Something Out” 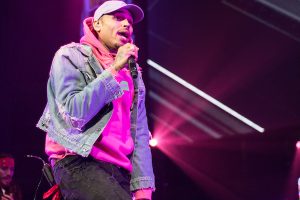 The boys of R&B will hit the VERZUZ stage this coming week when Omarion, Mario, Bobby V., Ray J and more will step into the ring. But who could battle Chris Brown? None of those names for sure but it appears the VERZUZ team is brainstorming a battle for Breezy.

Chris Brown was speaking with Big Boy on Monday and revealed he had an exploratory conversation with the team behind the battles.

“I’ma keep it a hundred. I’ve been talking to the people so we might figure something out but I ain’t gon’ say nothing yet. I ain’t gonna get nobody hype yet,” Chris Brown said. He added, “the check ain’t been cut, none of that.”

Breezy also revealed he once considered a VERZUZ battle but figuring out the perfect opponent would be tough.

“Me at my career now, I ain’t hanging no towel up. I don’t feel that I wanna go up against somebody that might not be in there,” Brown said. “It’s too much of a Verzuz for me. I don’t want to have to overshadow nobody or really, ‘Damn, that boy killed this person.’ I don’t even want to go back and forth with none of that.”

Who do you think can take on Chris Brown? You can hear him talk VERZUZ below. Breezy is out on Friday.

The post Chris Brown Leaves the Door Cracked for VERZUZ: “We Might Figure Something Out” appeared first on The Source.