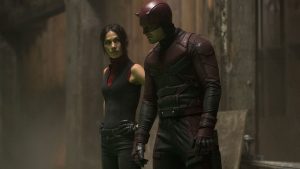 A new Daredevil series is in the works at Disney+.

Variety is reporting that a series is in development from Covert Affairs creators Matt Corman and Chris Ord. Rumors have been happening for a while regarding the series coming back on the Disney streaming platform, with the two stars of the Netflix series popping up in various Disney projects recently.

Netflix previously canceled their series in 2018 after three seasons. There is no word yet on casting or a release date.

The post A New Daredevil Series is In the Works at Streaming Platform Disney+ appeared first on The Source.