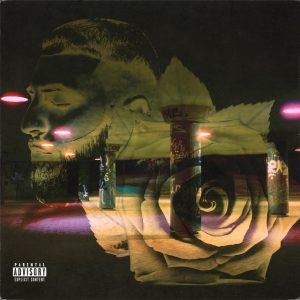 A Jay Electronica co-sign executes a lyrical clinic in the junior effort.

For his latest, the prolific lyricist shares his most vulnerable piece yet in 14-tracks. Prior to the album’s release Kush prepared fans for excitement with four new tracks and a music video in the album-cut “A.L.Y.K.M,” which dropped in July. Based on the album’s title, it’s expect an interesting vibe from the rising star.

“Aeonian is filled with timeless vibes great production with unique flows and catchy bars with substance that’s relatable for most people,” Kush in a press release. “I made this album to reflect on who I grew into while going through the broke everyday bullshit so my fans can learn more about me.”

Kush’s popularity was spawned in 2018 with the release of his debut album, 420. His star power continued to rise throughout the years with the success of the sophomore album, High Grade, that featured buzzers “Blah Blah Blah,” “Money Talks” and “Drip.” Now, with the fans behind him, he is quickly becoming unstoppable in the mainstream landscape.

He garners over 67,000 monthly listeners on Spotify with previously-released tracks “We Different,” “Get Active” and “Numb.” For fans, the latest album is fanfare as he supplies them with what they demand from his self-sustaining sound. They’ve flooded his comments with praise and he humbly receives it and excited to give more of his life story.

“This album is my life,” Kush told fans in an Instagram caption. “If you don’t know the word look that shit up and learn something today. I will forever continue making music bc that’s what I love to do when I’m not in business mode. I make lots of diff vibes but this Album contains 100% of my experiences &amp; perspectives on real-life shit we all go through. Lastly a big thank you to anyone who truly supports me and all the time I put in with this music shit.”

Check out the complete album below.