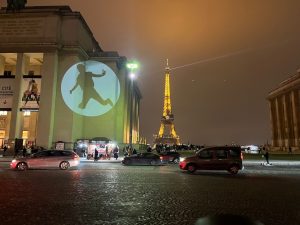 In order to promote the release of his new album Heroes & Villains, multi-platinum producer Metro Boomin gave fans a one-time-only experience on Friday in LA and Miami that featured a live hologram of him creating a beat. In Miami, the interactive event was held at Patron of the New Miami and Cool Kicks on Melrose. With this, Metro becomes the first musician to have a hologram of themselves making music.

Metro Boomin published a digital comic book introducing the featured artists on Heroes & Villains, portraying them as heroic figures. Additionally, Metro is drawing influence from his preferred superhero, Batman, for the album launch promotion by lighting up the night sky with Heroes & Villains projections in Paris, London, Sydney, and Toronto.

You can see the projections and each comic book cover below.

The post Metro Boomin Becomes First Producer to Create a Beat Via Hologram appeared first on The Source.