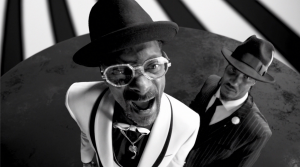 Snoop Dogg once again visits his Algorithm album, dropping off a new video for “No Smut on My Name.” Snoop is joined by Battle Locco and Kokane for the new release.

Last month, Snoop Dogg released Algorithm. The release comes on Def Jam Records and is his first project for the label.

Algorithm is introduced with the official video for “Go To War,” featuring BLXST. Additional features on the album include Def Jam artists Fabolous, Dave East, YK Osiris, Jadakiss, Benny The Butcher and Camino.

The post {WATCH] Snoop Dogg Releases New Video for “No Smut on My Name” appeared first on The Source.