Today In Hip Hop History: The L.O.X. Dropped Their Second Album ‘We Are The Streets’ 22 Years Ago 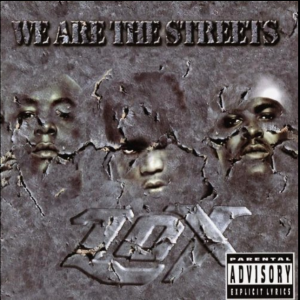 On this date at the top of the 21st century, legendary Yonkers trio The L.O.X.(Living Off Experience) released their sophomore full length LP appropriately titled We Are The Streets on the Ruff Ryders/Interscope imprint.

Produced primarily by Double R in-house producer Swizz Beatz, We Are The Streets saw substantially more commercial success than its predecessor Money, Power And Respect, which solidified The L.O.X.’s hardcore Hip Hop fanbase. This sophomore album secured The l.O.X.’s tenure in the game despite their fallout with Sean “Diddy” Combs and Bad Boy Records not long after.The album was propelled by hit singles, but ironically the production of two of the three main singles were outsourced; ‘Ryde Or Die Bitch”, which was produced by Timbaland and “Recognize”, which was produced by DJ Premier.

The album saw a short tenure on the Billboard charts, reaching Number 5 on Billboard 200 and Number 2 on US Top R&B/Hip-Hop Albums.

The post Today In Hip Hop History: The L.O.X. Dropped Their Second Album ‘We Are The Streets’ 22 Years Ago appeared first on The Source.