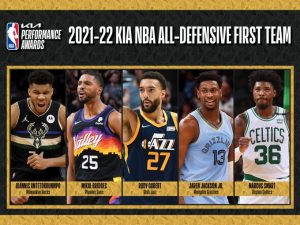 Currently Adebayo, Smart, and Green are still playing in the Western Conference Finals. You can see the teams highlighted below.