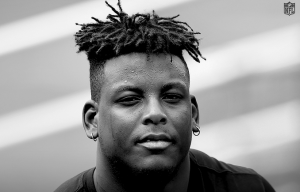 Jaylon Ferguson, outside linebacker for the Baltimore Ravens, has passed away. He was 26 years old.

“We are profoundly saddened by the tragic passing of Jaylon Ferguson,” the Ravens said in a statement. “He was a kind, respectful young man with a big smile and infectious personality. We express our heartfelt condolences to Jaylon’s family and friends as we mourn a life lost much too soon.”

Baltimore Police responded to a home in the Northern District of Baltimore on Tuesday at 11:25 p.m. Ferguson was unresponsive and receiving treatment. He was pronounced dead at the scene.

As of reporting, there are no signs of foul play or trauma. Ferguson was transported to a medical examiner’s office. Invesitgators are not ruling out an overdose.

In his career, Ferguson had 67 takles and 4.5 sacks. He was known as “Sack Daddy” during his stint at Louisiana Tech.

“The LA Tech Family mourns this morning’s tragic news of the sudden death of former Bulldog great, Jaylon Ferguson,” the Louisiana Tech football team tweeted. “We will remember his God-given talents on the field and his infectious personality off of it. Our thoughts and prayers are with his family and friends.”