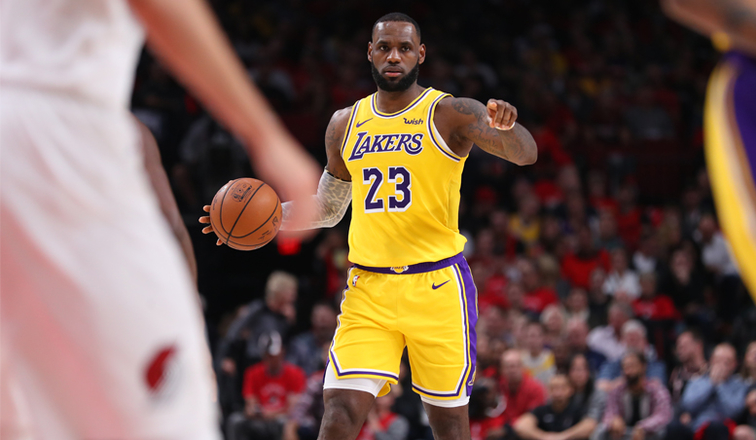 During his first game back from suspension, LeBron James was being heckled by two Pacers fans sitting courtside. LeBron stopped the game to point the fans out to officials, who then escorted the pair out of the arena.

Despite the interruption, LeBron scored 39 points and had 5 rebounds in the Lakers 124-116 overtime win over the Pacers.

During the postgame press conference, LeBron addressed the situation, saying “When obscene gestures and language come into it, can’t be tolerated.” He added “There’s a difference from cheering for your team and not wanting the other team to win and things I would never say to a fan and they shouldn’t say to me.”

Following the incident, many people took to social media to share their thoughts on James getting the fans ejected. Some, such as notorious LeBron hater, Skip Bayless, ridiculed LeBron for his actions and called LeBron “LeSnitch.” Surely more people called him that after Bayless’s tweet.

“And yes, we definitely will talk about the LeSnitch incident that happened at tonight’s game in Indianapolis,” Skip Bayless tweeted.

Check out some more reactions below.

The post Social Media Reacts to LeBron Getting Pacers Fans Ejected From Game appeared first on The Source.