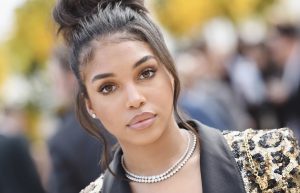 Lori Harvey was at the 2022 BET Awards this past Sunday but before she hit the star-studded event she spoke with E! News.

When asked how she currently is living, Harvey stated she is in a “really, really good space.”

Harvey added, “Like, really happy, I’m excited for the summer. I feel like this is the first summer that we have kind of no real restrictions, like we’re off lockdown. So I feel good!”

While Lori feels free, Michael B. Jordan is officially back to the streets. Lori Harvey’s ex-BF was spotted at Delilah in West Hollywood in a white tank and a necklace. He gave a peace sign before he entered the venue.

According to PEOPLE, Jordan’s trip to Delilah’s was his first night out after the breakup with Harvey. Previously, he was spotted with Cordae courtside during the NBA Finals.

Jordan (35) and Harvey (25) were reportedly dating for a year and a half, and despite now being broken up, they reportedly “still love each other.”

“Michael matured a lot over the course of their relationship and was ready to commit for the long term. He let down his guard with her, opening up emotionally in a romantic relationship for the first time,” a source told PEOPLE. “They had great times together and brought out the best in each other.”

The post Lori Harvey Says She is in a “Really Good Space” For the Summer appeared first on The Source.