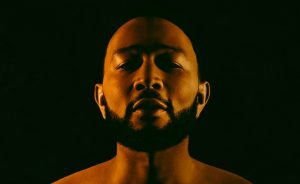 LEGEND, John Legend’s eagerly awaited eighth studio album, will be released on September 9th via Republic Records. The upcoming project is a bright double album that is executive produced by Legend and well-known producer-writer Ryan Tedder. It is infused with an unashamed spirit of sensuality and joy, influenced by the complete vulnerability of grief, praise, and healing.

“Until this point, I’ve never used an aspect of my name as the title of an album,” Legend said. “I had to earn that, to live up to it by delivering in the performance and the music. And this is me saying, I’m proud of who I am, I’m confident in the work I’ve done, and I’m just going to declare it.”

As part of the announcement, Legend also dropped the project’s most recent track, “All She Wanna Do,” which features Grammy Award-nominated rapper Saweetie. The song was co-written and produced by Ryan Tedder, Monsters and Strangerz, Zach Sketon, Andrew DeRoberts, and Halatrax. It is instantly catchy and totally uplifting.

The album’s tracklist is available below.

1 Memories
2 Nervous
3 Wonder Woman
4 Honey ft. Muni Long
5 I Want You to Know
6 Speak in Tongues ft Jada Kingdom
7 The Other Ones ft Rapsody
8 Stardust
9 Pieces
10 Good ft Ledisi
11 I Don’t Love U Like I Used To
12 Home

The post John Legend to Release ‘LEGEND’ Album on September 9 appeared first on The Source.