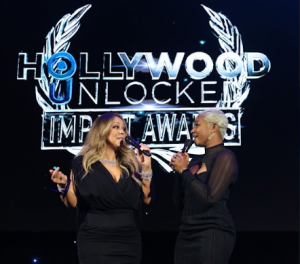 The second annual Hollywood Unlocked Impact Awards, which place a strong emphasis on Black ownership, amplifying Black voices, and reclaiming Black narratives, were hosted by Jason Lee, founder of Hollywood Unlocked and head of media for Kanye West. Hollywood Unlocked’s annual awards ceremony, with the theme “Controlling Our Narratives,” honored talent for how they use their platform and influence to improve communities and society as a whole.

You can see images from the night below.