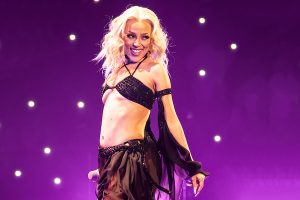 Doja Cat needs surgery on her tonsils. The “Get Into It (Yuh)” singer took to Twitter to say a doctor had to cut into her left tonsil because she had an abscess in it.

In a follow-up post, she said her tonsils got infected before the Billboard Music Awards earlier this month and she was taking medication for it, but she forgot and drank wine and vaped “all day long.”

She said she’s now quitting the vape for a while. Doja Cat added she “might have bad news for her fans.”

Today she confirmed in another tweet that she has to have surgery on her tonsils asap and her recovery will cause her to cancel several shows including her tour with The Weeknd.

“I wanted you to hear it first. Unfortunately I have to have surgery on my tonsils asap. The surgery is routine but the recovery is going to take a while due to swelling. That means I have to cancel my festival run this summer as well as The Weeknd Tour. I feel horrible about this but can’t wait for this to heal and get back to making music and create an experience for y’all.”