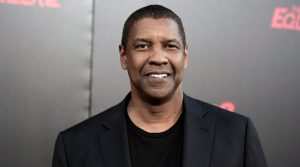 “They have written the third Equalizer, so I’m scheduled to do that,” Denzel Washington told Collider about returning to his revengeful series The Equalizer, which is currently in talks with the studio for a third installment. “So I gotta get in shape and start beating people up again. I get to beat people up again. The tragedy of Macbeth and then going and beating some people up. Can’t get any better, right?”

MORE: Denzel Washington Says He Was Worried About Chadwick Boseman’s Health Prior To Actors Death

The Academy Award-winner revealed the project’s trilogy during the press run for his new film, The Tragedy of Macbeth. Sources close to the Equalizer director and longtime Washington collaborator Antonie Fuqua confirmed the third film currently in the negotiations phase but guaranteed to be the two’s next film. Fuqua is currently working on a new film with Will Smith, titled Emancipation. No official release date at press time. Washington and Fuqua worked on the series of two previous films – Washington’s only sequel film.

“In my mind, there’s a European adventure, absolutely. In my mind, that’s what I’d like, to see him in Europe, in the future. God willing,” says Washington.

MORE: Damson Idris Responds to Denzel Washington Not Knowing Who He Is

To date, Washington and Fuqua’s chemistry has created four films, including The Magnificent Seven and Training Day, for which Washington won an academy award for “Best Actor” in 2001. Along with starring in The Tragedy of Macbeth on Apple +, the 67-year-old actor directed A Journal for Jordan, starring Michael B. Jordan, released last month.

The film’s latest installment released in 2018, The Equalizer follows Washington’s character Robert McCall – a former Marine living a peaceful life after a past of ruthless espionage – who enacts merciless vengeance on various enemies who harm those close to him.

More as this story develops.

The post Denzel Washington & Antonie Fuqua Set To Return For The Equalizer III appeared first on The Source.