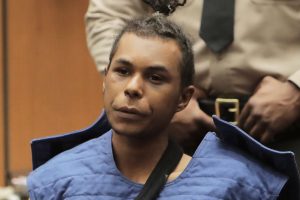 Dave Chappelle‘s attacker has a new charge and it is completely unrelated to the Netflix is a Joke incident. According to Complex, L.A.’s District Attorney’s Office announced that 23-year-old Isaiah Lee was charged with attempted murder. The new charge is in connection with an incident from 2021.

According to authorities, Lee is accused of stabbing a roomate during an altercation at a housing apartment on Dec. 2. Lee pleaded not guilty.

“The publicity generated by the attack on Mr. Chappelle helped police solve this crime,” said LA County District Attorney George Gascón. “The incident that occurred at the Hollywood Bowl was misdemeanor conduct and rightfully referred to the City Attorney’s Office. Based on the nature and severity of the December attack, Mr. Lee is now facing felony charges which my office will prosecute.”

For his attack on Chappelle Lee was charged with felony assault with a deadly weapon. At one point, Lee created a rap song called “Dave Chappell” in 2020, the song didn’t contain any messages that could assume harm would one day come to the A-List comedian.

The Los Angeles Police Department stated the man was carrying a “replica handgun” with a knife blade inside when he tackled Chappelle. After he tackled Chappelle, the man attempted to flee the area but was quickly surrounded and “stomped out,” as Chappelle alluded to onstage. Images and video from the scene show the damage to Lee’s body, most notably a severely disfigured arm.