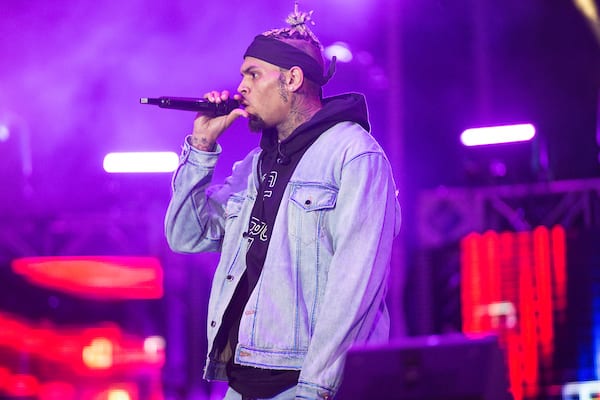 As Chris Brown has been hitting a string of interviews as he readies for the release of his upcoming studio album, Breezy.

In a preview for his upcoming Drink Champ’s interview with N.O.R.E., and DJ EFN, Chris Brown says that Diddy once passed up on a chance to sign him when he was a younger artist.

“The funniest part, a lot of people don’t know this but Diddy turned me down,” Chris said. “It’s love now. This is family, my brother now…Imma keep it 100. I was 12 at this time, this is before I went to the Def Jam shit. It was me and one of my production manager’s sons named TJ, he’s my brother to this day, but me and him were like a group-“

N.O.R.E. then asked Breezy what the name of the group was supposed to be. “What was the name of y’all group?”

In another clip from the episode, Chris spoke about how Bow Wow was supposed to be featured on his 2005 hit song “Run It!” Instead, Julez Santana was featured.

“Shad is my brother man, but Shad be cappin’ sometimes, but I love Shad,” Chris said. “So Bow right? He definitely was the first person who said, ‘Look you wanna get on tour? I’m gonna show you how to do that.’ It was like he was not a hater…Bow was like the first one. When we did ‘Run It!’ in Hit Factory in Miami I was like 14 and he was like, ‘Well who do you wanna feature?’ and I was like, ‘Juelz Santana.'”

The post Chris Brown Says That Diddy Did Not Want To Sign Him To Bad Boy Records appeared first on The Source.