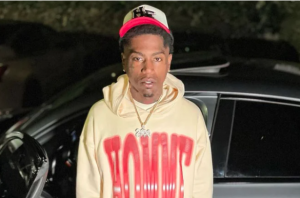 According to several confirmed reports, Stockton native and local rapper Young Slo-Be was shot to death on Friday morning(August 5). Investigators continue to search for clues as the details around the killing are still unclear.

CBS News reported, “Manteca police say officers responded a little after 8 a.m. to investigate reports of a shooting. At the scene, officers found a male shooting victim who had suffered fatal injuries.”

Fans, family and close friends of Slo-Be have taken to social media to offer their condolences to the “I Love You” rapper, who gained his recent notoriety from the TikTok popular single released this year.