Lawsuit: Disneyland Staff Reportedly Laughed At Disabled Woman As She Took A Fall Off A Ride,... 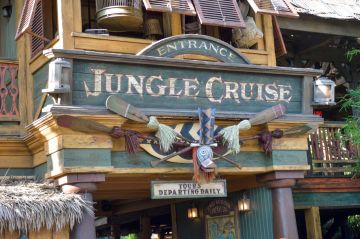 Disneyland workers allegedly laughed at a 66-year-old disabled woman as she fell off the Jungle Cruise ride. Now, a new lawsuit alleges she died five months later from septic shock as a result of that fateful incident.

The family of Joanne Aguilar filed the wrongful death suit in Ventura County, California, several months ago and has since been assigned a judge as of earlier this month, according to the New York Post.

Lawsuit Filed Against Disneyland, Walt Disney Co. After Disabled Woman Died From Falling Off A Ride

The lawsuit names the Walt Disney Company, its theme park division and Disneyland as defendants.

Aguilar reportedly visited the Anaheim amusement park back in August 2021, alongside her two adult daughters, Andrea Maullul and Zenobia Hernandez, per the complaint obtained by the Post.

The family had been initially been provided a wheelchair from park officials, as Aguilar was recovering from an unrelated knee injury at the time of the fatal fall.

Disneyland staff laughed at Joanne Aguilar before she fell off ride: lawsuithttps://t.co/HA6wIqOCMx

However, when Aguilar went to ride the Jungle Cruise, employees told her that a wheel-chair-accessible boat was not available, according to the Post.

The attraction in question do have an ASA-accessible boat that allows those who are disabled to board the ride without having to get out of their wheelchairs.

Aguilar decided to ride a standard boat with her daughters, to which Disneyland staffers placed “small unsecured blocks” atop the steps of the boat in order to reduce the height of each stop.

The 66-year-old had trouble going up them, even with her daughters’ help.

No Help From Theme Park Workers, Who “Snickered And Giggled” As Disabled Woman Fell

Noticeably absent from any help efforts were Disneyland workers, who started “snickered and giggling” as they watched the disabled woman struggle.

Within seconds, Aguilar lost her balance on the steps before falling backward, breaking her right femur. She would ultimately spend the next 10 days at a hospital before she was transferred to a nearby rehabilitation center.

Aguilar was held at the Oxnard, California, facility for five months as she recovered. However, she eventually contracted an infection, causing her to go into septic shock .

The lawsuit claims Aguilar died as a result of injuries sustained from her fall at Disneyland, accusing the theme park of wrongful death and violation of the Americans with Disabilities Act.

Aguilar herself said the incident left her feeling ashamed and embarrassed, as well as “dehumanized” by the situation, prior to her passing the lawsuit claims.

Aguilar’s family is seeking unspecified damages for physical pain, mental suffering, and humiliation, as well as all the medical costs, funeral expenses and attorneys’ fees.

“My clients went to Disneyland with the hopes of creating life-long happy memories and instead are left with the memory of a lack of dignity and respect for their mother which ultimately led to her final demise,” the family’s attorney, Michael Jeandron, told the Orange County Register.

Disney has denied every allegation in several court filings, asserting that the company was not liable for Aguilar’s injuries.

The company went on to say that both the woman and her daughters were already well aware of the dangers involved in various theme park rides..

The post Lawsuit: Disneyland Staff Reportedly Laughed At Disabled Woman As She Took A Fall Off A Ride, Eventually Leading To Her Death appeared first on The Shade Room.