Houston PD Announces Arrests and Charges in the Murder of Takeoff 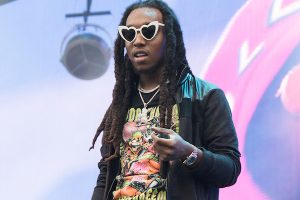 Houston Police Department has announced the arrest and charging of Patrick Xavier Clark with the murder of Takeoff. According to TMZ, Clark is 33 years old.

Takeoff was killed on Nov. 1 at a party at a Houston bowling alley. The occasion erupted into an altercation resulting in the shooting.

Takeoff was not involved in the argument and was injured by crossfire. Coroners confirm Takeoff was shot in the head and died at the scene. Two additional attendees received non-life-threatening injuries.

An additional arrest in the case is 22-year-old Cameron Joshua, who was charged with felony possession of a weapon.

This story will be updated as more details arrive.

The post Houston PD Announces Arrests and Charges in the Murder of Takeoff appeared first on The Source.