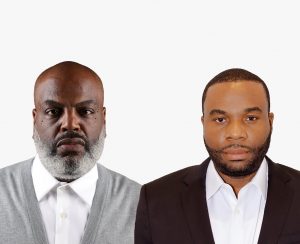 Coach K, a top music executive, and Mel Carter, an executive at Warner Records, signed a development agreement with Bojangles. Coach K, who brought hip-hop to the likes Lil Baby, Migos, City Girls, and others, teamed up with Mel Carter, who recently debuted his own label, Second Estate Records, for the venture. Carter previously worked for Republic Records as SVP of A&R.

“Immigrating from Trinidad and Tobago it was always my dream to be an owner of a major restaurant franchise,” said Carter. “Being the largest black owner of a QSR Franchise alongside Coach K at an establishment as great as Bojangles brings me great honor and I am deeply blessed.”

Carter and his ownership group will build on their acquisition of 18 existing Bojangles restaurants in North Carolina and South Carolina by developing 14 additional facilities in the Greater Atlanta area. Melanbo is now the largest Black-controlled franchisee in the Bojangles’ system as a result of the acquisition and scope of the multi-unit development agreement.

“Over the last few years, we have been aggressively seeking opportunities to grow our footprint in Atlanta, and we are thrilled to have reached an agreement with two influential voices in the city’s community,” said Patricia Halpin, Vice President of Franchise Growth, Bojangles. “Mel and Coach K bring a unique perspective and energy to our network of operators that will be extremely beneficial to the brand’s growth going forward.

The agreement between Bojangles and Carter and Lee expands on the company’s rapid growth in 2022, when it expects to open more than 100 additional restaurants in target regions like Dallas-Fort Worth, Cleveland, Baltimore, and Washington, D.C.