Joe Biden Goes Off On Fox News Reporter: “What A Stupid Son Of A B*tch” 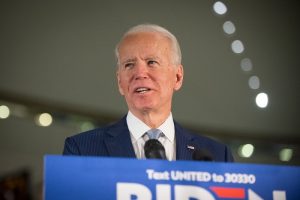 Make sure not to get on Biden’s bad side, especially while trying to wrap up a White House News Conference.

As the White House meeting was wrapping up on Monday, and as the press began to leave the room, a Fox News reporter reportedly asked Biden a question that ticked him off.

“Do you think inflation is a political liability… in the midterms?” Fox News’ reporter Peter Doocy asked.

“No, it’s a great asset,” Biden said in response. “More inflation. What a stupid son of a bitch.”

However, Doocy had no idea the commander in chief called him a “stupid son of a b*tch.” Following the press conference, Doocy joined Fox News’ The Five where he found out what Biden had said to him.

“I couldn’t even hear him because people were shouting at us to get out, but then somebody came up to us in the briefing room a few minutes later and said, ‘Did you hear what the president said?’” Doocy said. “I said, ‘No, what?’ They said, ‘he called you a stupid SOB.’ And I said, ‘Did he say SOB?’ And the person said, no.”

The post Joe Biden Goes Off On Fox News Reporter: “What A Stupid Son Of A B*tch” appeared first on The Source.