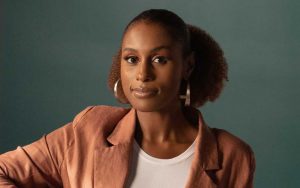 Issa Rae wants to catch us up to speed before the premiere of the farewell season of the hit series Insecure with a weekend filled with seasons 1-4 watch parties in Los Angeles.

Taking to Twitter on Monday, the 36-year-old actress invited her 1.5 million followers to come join her and special guests October 14-17 in Los Angeles for drinks and snacks to rewatch previous seasons in an undisclosed theatre. Once the announcement was made, fans flooded the tweet’s comment section to share their excitement as they RSVP.

Beginning in 2016, the Emmy-winning comedy series follows Issa Dee (a fictionalized version of Issa Rae) and her group of girlfriends through their rollercoaster ride through life, dealing with relationships, friendships, careers and awkward moments. The series stars Yvonne Orji as Molly, Jay Ellis as Lawrence, Natasha Rothwell as Kelli, Amanda Seales as Tiffany, and Courtney Taylor as Sequoia. The series was created by Issa Rae and Larry Willmore.

Season 5 will span 10 episodes and will follow the characters as they evaluate past, present, and future relationships in order to smoothly enter the next phase of their lives. At the end of season 4, Issa and Molly’s friendship was in shambles, Issa’s relationship with Lawrence (Jay Ellis) was at a crossroads with the reveal of a baby on the way by another woman, Nathan (played by Kendrick Sampson) came back into Issa’s life, and Issa still has no idea what her purpose is in life.

In January, Issa told Deadline Season 5 was always meant to be the series’ swan song. “We always planned to tell this story through five seasons, but we couldn’t have made it this far without the tremendous support of our audience,” she says. “I feel blessed beyond measure to bring our characters’ stories to an end, on-screen at least.”

In the Los Angeles area? RSVP here for the Insecure watch parties of your choice. The final season of Insecure premieres October 24 on HBO MAX. Watch the twists and turns the last season has in store for Issa and the gang with the trailer below.