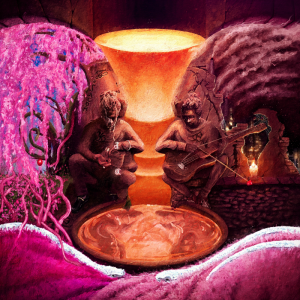 Young Thug has officially released his long-awaited and highly anticipated sophomore album PUNK. The release comes via 300 Entertainment and Young Stoner Life Records. The album is the second release of Thugger’s during 2021, following Slime Language 2 that hit the top of the charts earlier this year.

Punk is the signal of a new era, which Thug refers to as “pure.” The body of work can be categorized as vulnerable and emotional, while Young thug explores themes of love, loss, and honor.

Before the release of the album, Young Thug hosted a pre-release party in Los Angeles where he celebrated the album with Gunna, Metro Boomin and more before the collective trashed a Rolls Royce covered in Punk graffiti.

Young Thug partnered with Lyft to surprise several of their unsuspecting drivers with an exclusive first listen to PUNK. Watch Young Thug and his Lyft drivers connect, vibe, and discuss the album.

“Sharing music is a major way our community connects during their rides. Some of our favorite rider/driver stories on social media are about bonding over a favorite song, discovering a new album, or learning a new artist,” said Chaia Raibon, Senior Social Lead at Lyft. “We wanted to take it beyond ‘passing the aux’ and invite artists, like Young Thug, to elevate our ride experience and really engage with fans.”