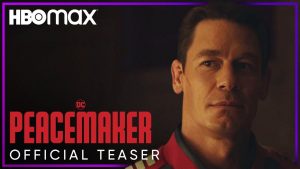 HBO Max has just revealed the latest trailer to The Suicide Squad‘s spinoff Peacemaker starting John Cena in the leading role. The trailer reveals a bit of Peacemaker’s mission to track down mysterious targets known as “Butterflies.”

Peacemaker is set to premiere on January 13th on HBO Max.