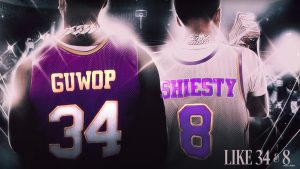 Gucci Mane is here to let you know that he and Pooh Shiesty are like Shaq and Kobe. The new release “Like 34 & 8,” pairs Big Guwop with his new protege for a new banger.

The new album can be heard on Gucci Mane’s new album, Ice Daddy, which is set for release on June 18. The cover features Gucci’s son with Keyshia Ka’oir, Ice Davis, who does his best Asahd Khaled and serves as the album’s executive producer.

The post Gucci Mane and Pooh Shiesty are “Like 34 & 8” on New Single appeared first on The Source.