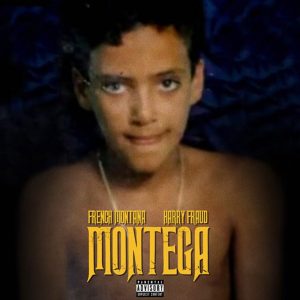 French Montana and Harry Fraud are giving another tease to their new collaborative album, Montega, with “Bricks & Bags,” featuring Jadakiss and Benny The Butcher, the last single to be released before the album’s official release date.

“For ‘Bricks and Bags’ me and Fraud wanted to bring together two artists that, to me represent that impeccable Cokeboy sound” French commented. “Jadakiss gave me one of my first major co-signs when we did “New York Minute” in 2009.  Benny continues to show why he is one of the best artists to emerge out of the East Coast in the past few years.”

“On ‘Bricks and Bags’ me and French wanted to create a record that brought us back to that grimy New York Era that shaped our youth” Harry Fraud asserted. “A hard-hitting beat with two of the deadliest lyricists in the game. Steel sharpens steel and this song personifies that.”

Montega will drop on Friday, but you can hear “Bricks & Bags” below.

The post French Montana & Harry Fraud Grab Jadakiss and Benny The Butcher for “Bricks & Bags” appeared first on The Source.