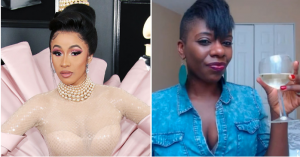 According to a report from Billboard, Cardi B. a federal judge has requested an STD test in her defamation lawsuit against vlogger Latasha Kebe aka Tasha K., who the “Bodak Yellow” rapper says is falsely claiming that she has herpes.

On Monday, Judge William M. Ray II ordered the Center for Women’s Pelvic Health at UCLA to disclose “any and all medical records within your possession related solely to the testing for Herpes and HPV [human papillomavirus] for Belcalis Marlenis Almanzar,” which is Cardi B.’s given name.

Cardi needs the test to come out negative in order for the outcome of her defamation lawsuit to be positive. In other words, a negative test is the only way to prove that Tasha K. was actually spreading a rumor and not revealing the truth. Ironically, the test results were sought out by the vlogger’s lawyers, however, Cardi’s attorney said that the same test had previously been submitted before, which were negative.

“The medical records concerning the HPV and herpes tests were previously produced subject to a protective order and in support of my client’s claims,” Lisa F. Moore of Moore Pequignot LLC said in a statement to Billboard.

Kebe and Almanzar have been in a messy legal battle since 2019, when Cardi sued Kebe for $75K over claims of drug abuse, STDs and prostitution. Kebe even alleged that Cardi’s then unborn child may have intellectual disabilities because of her acute drug abuse. Cardi gave Tasha the chance to retract all of her statements, but Kebe declined. Kebe countersued Cardi for $3 million, claiming that Cardi sent the Blood gang at her in efforts to intimidate her, but Judge Ray threw out that suit, citing that there was “no evidence”.

The trial between Kebe and Cardi is scheduled for January 5, 2022.