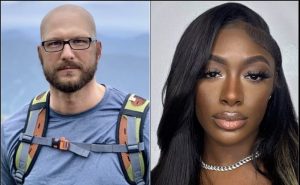 Cardi B is demanding justice in the death of a Black woman in Connecticut who died in her home the day after she had a date with a White man.

The 29-year-old Bronx rapper tweeted to her 21.4 million Twitter followers that the media mishandled the facts while police have not questioned the White man as a suspect because of his race.

Cardi pointed out the fact that the White man, Matthew LaFountain 37, was not that much older than the Black woman, Lauren Smith-Fields, 23. Some insinuated, according to Cardi, that she was dating a middle-aged man or senior citizen for money.

Smith-Fields’ family has filed a lawsuit against the Bridgeport police. They’ve also started a GoFundMe page to petition the public to help finance a private investigator.

In the police report, according to People, Smith-Fields and LaFountain were drinking tequila at her apartment when she became ill and vomited. The pair then reportedly continued to drink. Smith-Fields then got a text and stepped outside of the apartment unit to get something from her brother.

When she returned, Smith-Fields reportedly went to the bathroom for several minutes. The police report added that LaFountain later told officers that, “he thought it was odd, but didn’t feel it was his place to say anything as he didn’t know her that well.”

LaFountain contacted the police the next morning when he discovered blood coming out of Smith-Fields’ right nostril and noticed that she wasn’t breathing.

The family and Cardi B are incensed that cops have not treated LaFountain as a suspect despite the fact that he was the last person to see her alive. Others on Twitter agreed with that sentiment.

The post Cardi B Brings Attention to Woman Who Died On Mysterious Bumble Date appeared first on The Source.