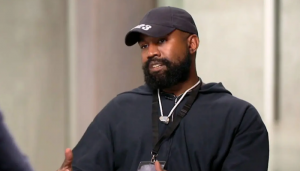 “At the time I found it odd but in line with his persona as an edgy artist,” the creative said. “Now, seeing it within a larger pattern, I feel it was a tactic to break a person down and establish their unwavering allegiance to him, testing and destroying people’s boundaries.”

“There was no accountability,” says a person at the adidas meeting. “Difficult moments happened, with executives in the room — VP level or higher — and nothing would be done. You’d still show up to work the next day.”